Pretty much the coolest thing you can do with audio is make a huge wall of speakers (or single huge speaker like Marty McFly in Back to the Future) by tying them all together and then, BLAST THE MUSIC! Well, at least that is what I thought years ago. Hey, it makes sense, right? Most people truly believe that the more speakers you have, the higher the chance you’ll get that euphoric immersive feeling of “surround sound.” However, in this post I will uncover three commonly overlooked points when plugging in all those speakers. END_OF_DOCUMENT_TOKEN_TO_BE_REPLACED

Tags: speakers
Posted in AV Tips and Tricks | No comments 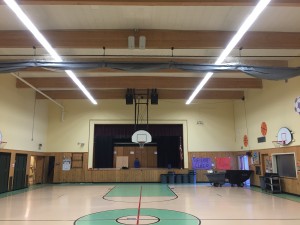 It was March 29, 2015 and Bear Creek Elementary School needed a Spring Cleaning of their audio system. When we arrived, everything was coated with dust and was barely functional. We serviced and cleaned the existing equipment, replaced the non-functioning pieces, added sound coverage in the gym, realigned older speakers and did extensive cable management. It’s not always about installing new gear. It’s important to invest time to clean up what you have and I guarantee your AV equipment will last many more years.

END_OF_DOCUMENT_TOKEN_TO_BE_REPLACED