In the States, we’re seeing some significant push-back against the American tech giants,
but globally, tech advancements keep marching forward.
Read on to learn more.

Media headlines have been screaming about Facebook’s Mark Zuckerberg’s appearance and testimony before Senate committees this past month. Headlines like:

“Whistleblower to Give Evidence”

As a forewarning to these events, an insightful article was recently published in the Editor’s page of the Economist magazine.  It was titled, “The World in 2018.” This is what it states:

Daniel Franklin states, “Like it or not, business leaders will find themselves more and more drawn into politics, especially in technology, where the American giants of the industry will have to contend with growing “techlash”(a backlash against the major tech companies, driven by concerns about privacy, political manipulation, etc)… but tech-driven disruption will only intensify. Commercial drones, driverless cars, artificial intelligence, quantum computering, mobile streaming, new types of medicine: all will stride ahead. Thanks to its size and dynamism of its startups, China will lead the way in gathering mind-concentrating (and people-monitoring) quantities of data.”

The term “Techlash” was coined by the Economist last year in same article referred to above.  Daniel Franklin forecasted “The coming techlash” and foretells that, “Politicians will turn on the technology giants—Facebook, Google and Amazon in particular—saddling them with fines, regulation and a tougher interpretation of competition rules, in a 21st-century equivalent of America’s antitrust era. There will be broader pressure for transparency about the origin and accuracy of online content. And the tech behemoths’ acquisitions will come under greater scrutiny, as antitrust authorities take a harder line on attempts to squash would-be competitors by buying them.”

Those are some big buzzwords there – regulation, antitrust, transparency. Here in America, tech companies seem to be our crown jewel. So, we anticipate seeing a lot more media coverage on this issue.  But we also wonder what the rest of world is dealing with, if anything, regarding technology advancements.

Where is our Tech Coming From?

Let’s continue with a list of the top five tech countries and what they are creating, producing or distributing. The most recent article we could find to summarize is from Ritika Tiwari, “15 Countries That are Technologically Advanced,” dated May 9, 2017 on the website, The Clever.

Germany has become a global leader in medicine (both allopathy and homeopathy), scientific research, infrastructure, military technology, and engineering. With the German government readily supporting research and development through organizations and universities, new technology is developing in the country every day.

China has always had two things working in its favor – skilled and affordable labor, and space to expand manufacturing. In the last few decades, China has become the most preferred for companies when it comes to setting up manufacturing plants. The government gives companies tax breaks, and the companies in turn get cheap labor.

From the top tech companies like Apple and Google to clothing companies like Adidas, Zara, and Forever 21, all of them have manufacturing plants in China. So, whether it’s your brand new iPhone or Adidas sneakers, chances are, they are all made in China.

India got its independence from the British Empire in 1947, and in just over 75 years, the country has become the world’s most premier location for outsourcing work, whether it’s accounting, customer service, or information technology.

With the second largest population in the world, 60% of India’s population is within the age group of 16-24. That means the country is filled with skilled young professionals.

With another Silicon Valley cropping up in the city of Bangalore, more and more companies are investing in India including Facebook, Microsoft, and Apple, which recently set up its first manufacturing unit here. Over the last decade, the country has also become a leader in business solutions, e-commerce, and mobile apps.

If there was one country that was the most severely hit by the Second World War, then it was Japan. The government had to literally pick up the broken pieces and plan out for a future where the country would never be in turmoil again.

Just like England benefitted a lot by being a part of the Allied Forces during the Second World War, the USA did too. GPS was first invented in America for fighter jets, and now we use it to find the nearby McDonald’s.

And of course, the country is famous for its Silicon Valley, which did not just inspire a whole generation of software engineers, but also a very funny show on HBO.

Silicon Valley houses some of the biggest tech companies in the world including Google, Facebook, Apple, Intel, IBM, Microsoft, and Uber. And there are more startups launching in the Valley every day.

Even though we can get caught up in the day-to-day design, build and install processes of AV projects, we are interested in current events and how they will affect our industry and future generations of AV users.  While we enjoy the personal and professional opportunities created through technological advancements, we can see how this rapid innovation may hit a brick wall soon.  And this brick wall may either be a government techlash or consumer rebellion.  What are your thoughts? 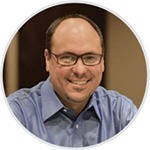